August 26, 2011
St. Pancras International, London, UK
This neo-Gothic red brick façade won raves when it was unveiled in 1868. And it’s in the news again. After a 20th-century decline, St. Pancras got a recent £800 million makeover. Workers cleaned 300,000 pounds of dirt from the bricks and restored 8,000 panes of glass in the roof of the immense train shed. As a result, the station looks its part as one of the finest Victorian landmarks in London. 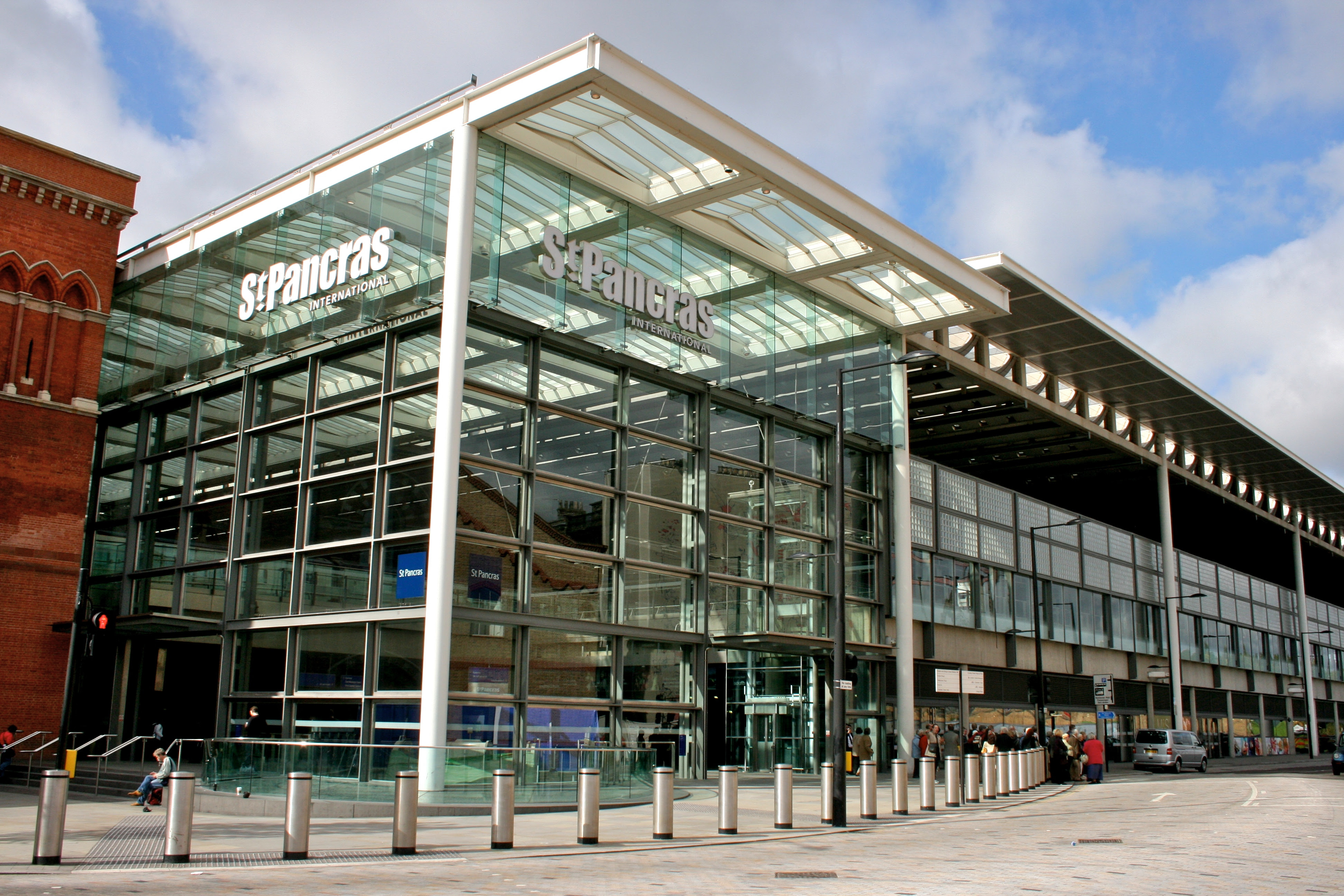 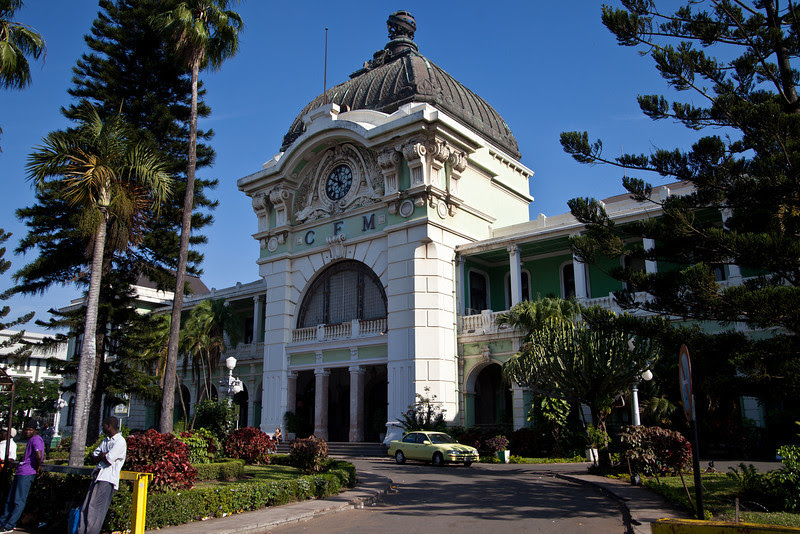 Sirkeci Station, Istanbul, Turkey
Built in 1890 as the terminus for the Orient-Express journey from Paris, the façade of this Ottoman Art Nouveau building is particularly attractive. Swaths of red brick surround the wide entrance, and stained-glass windows provide colorful splashes of light inside. Although this entrance is no longer used, people still stop to admire the interior and catch occasional performances by whirling dervishes inside the grand entry hall.

Southern Cross Station, Melbourne, Australia
Previously called Spencer Street Station, the station got a new name in 2005 as part of an elaborate modernization project. The undulating roof, which stretches an entire city block, has been compared to a gigantic air-filled blanket floating on a forest of Y-shaped columns. The form is also the function here: fumes trapped in the domes high above the platforms escape naturally through holes cut into the top, making it a sort of breathing roof.

Kanazawa Station, Kanazawa, Japan
Many residents were initially dismayed by the city’s modern “entrance” when it was unveiled in 2005. The station’s wooden hand-drum-shaped Tsuzumi Gate and glass umbrella-shaped Motenashi Dome were controversial because they clashed with the traditional architecture of this old castle town—one of Japan’s best preserved as it was spared in WWII bombings. But the station has been so popular with tourists and photographers that many skeptics have come around to see the beauty in its sleek modern design. 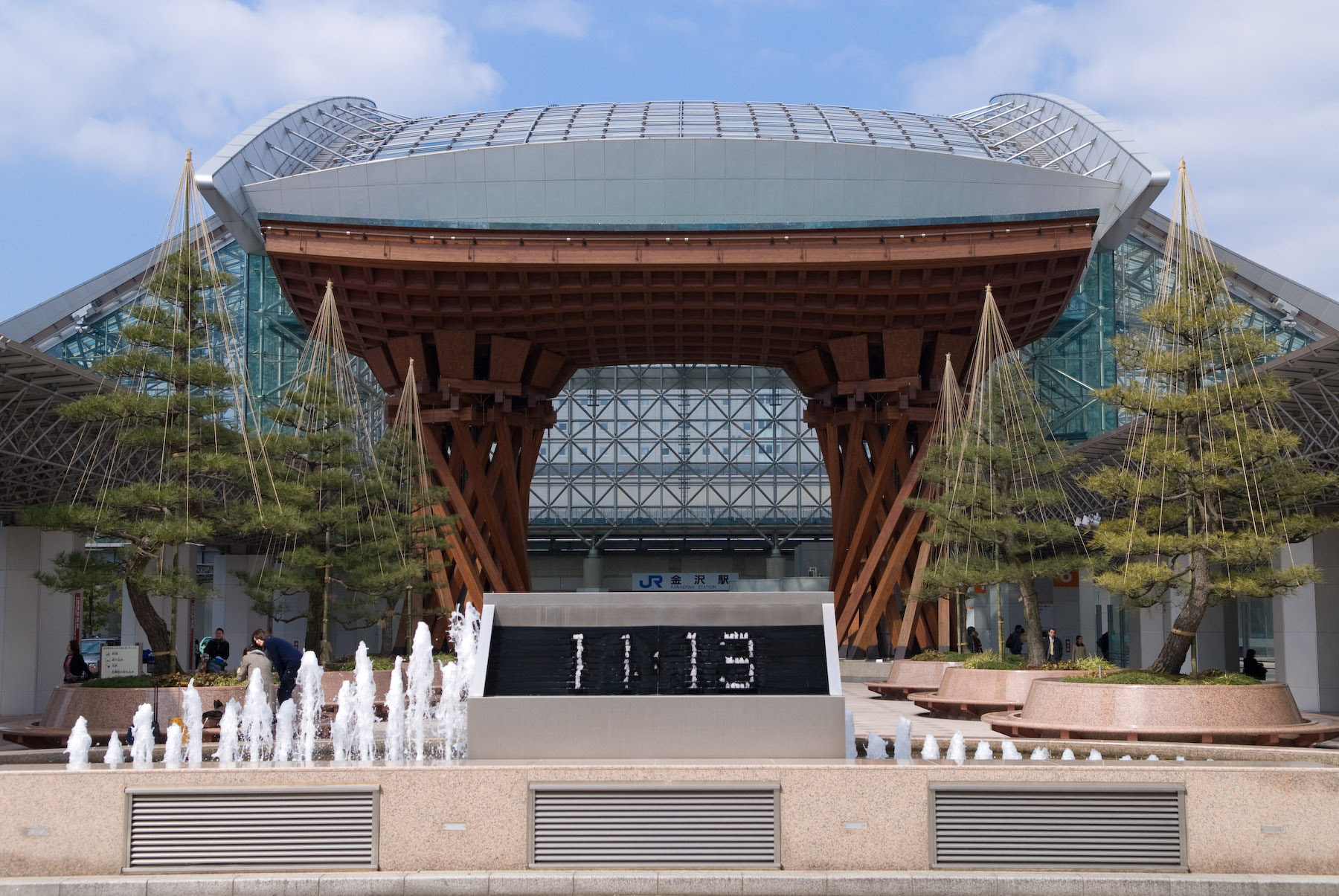 Atocha Station, Madrid, Spain
With the opening of a new terminal in 1992, locals had the inspired idea to convert the original adjacent station into a concourse with a beautiful tropical garden of palm trees reaching toward the steel and glass roof in the center—as well as a nightclub and several cafés. The new station is accessed through the old terminal, where passengers can buy tickets and wait for their trains. 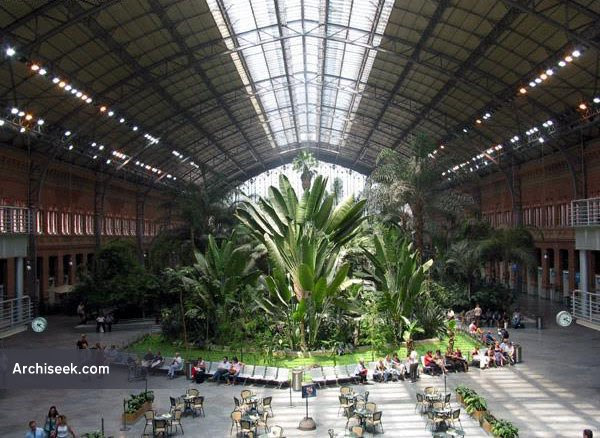