September 02, 2011
Antwerp Central Station, Belgium
When this palatial neo-Baroque station was completed in 1905, it was criticized for its extravagance (it is decorated in more than 20 types of marble and stone). But it’s proven tough to resist the station’s eclectic, opulent style and enormous arched dome. You may recognize the main hall of this station from a viral video from early 2009 of 200 people performing a choreographed dance to “Do Re Mi” from The Sound of Music.

Chhatrapati Ahivaji Terminus, Mumbai, India
British architect F. W. Stevens worked with local craftsmen to blend Indian architectural traditions with the Victorian Gothic Revival style. Originally named for Queen Victoria, the Empress of India, the station has endured as a Mumbai landmark—and a vital resource for the three million commuters who use it daily. The turrets and elaborate ornamentation are similar to design elements found on Moghul and Hindu palaces across the subcontinent.

Sao Bento Station, Porto, Portugal
While the exterior is certainly beautiful—and brings to mind 19th-century Parisian architecture with its mansard roof and stone façade—it is the front hall that will make you gasp. The walls are covered with 20,000 splendid azulejo tin-glazed ceramic tiles, which took 11 years for artist Jorge Colaço to complete. 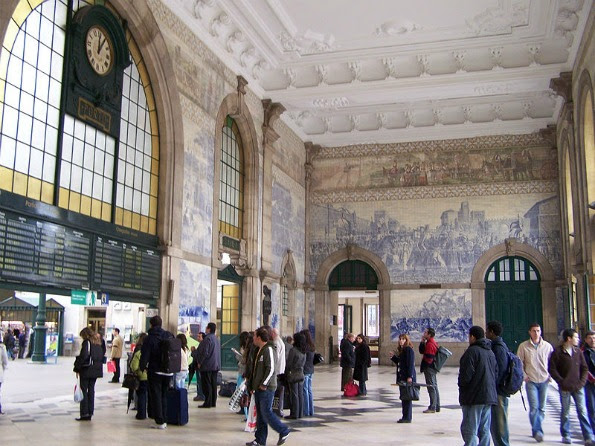 Union Station, Washington D.C., USA
Built in the Beaux-Arts style in the early 20th century, this grand train station was modeled after the Arch of Constantine and the Baths of Caracalla and Diocletian in Rome and finished with white granite and solid mahogany woodwork. More than 70 pounds of gold leafing was used on the coffered plaster ceiling of the main hall during an extensive restoration project in the late 1980s that cemented the station as a natural treasure. 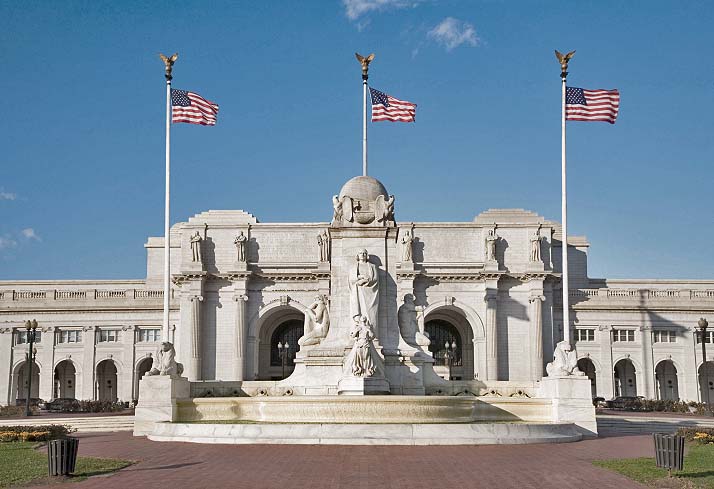 Gare du Nord, Paris, France
This station in the central 10th Arrondissement is one of the busiest and most picture-perfect in Europe. The façade is sculpted with 23 statues representing Amsterdam, Vienna, and other destinations served by the Chemin de Fer du Nord company. The interior is just as lovely, especially when the sun filters through the panels of the glass and cast-iron roof to the platforms below. 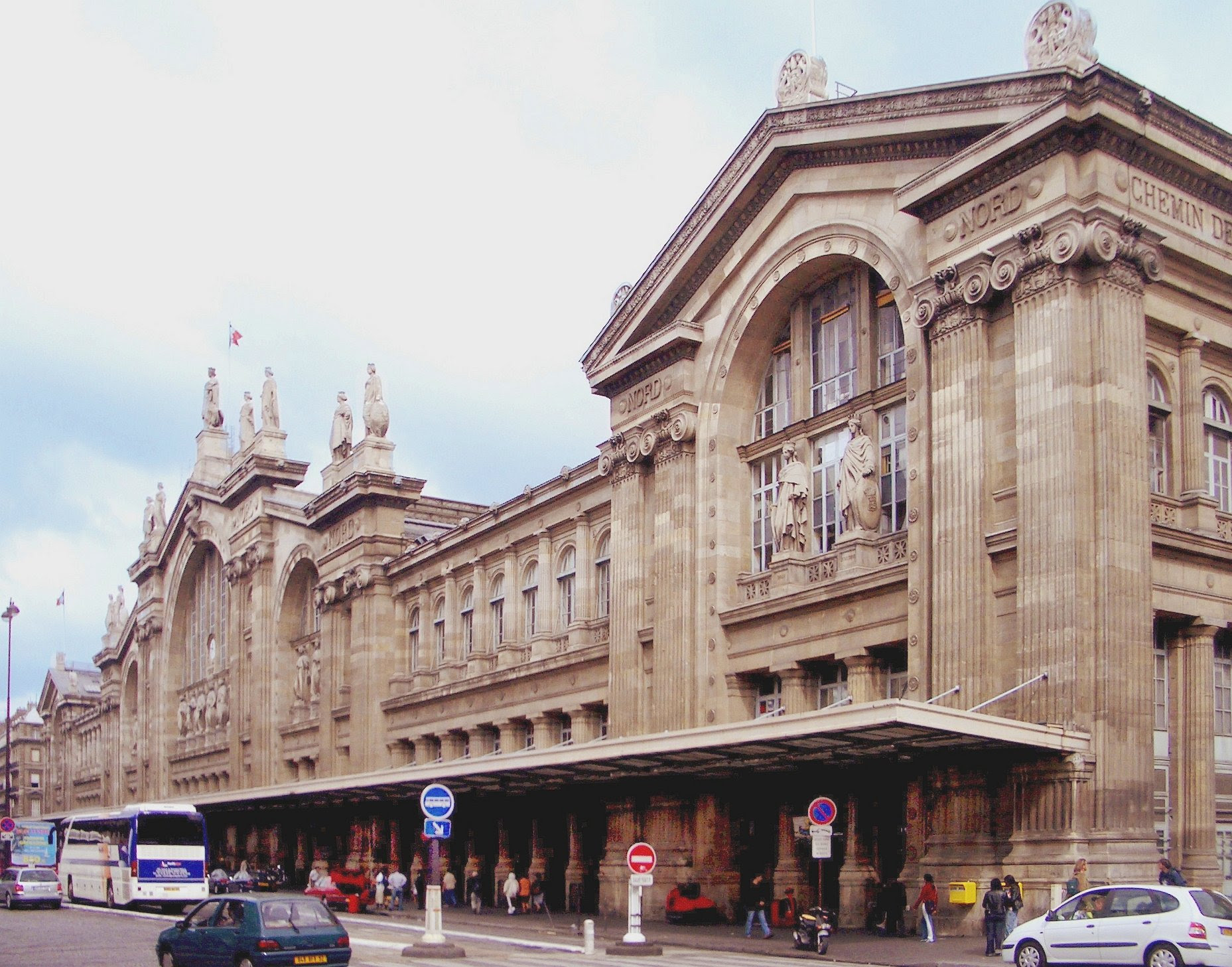 Kuala Lumpur Railway Station, Malaysia
Architect A. B. Hubback went for a Moorish style when designing this terminal in the early 1900s. Commuter trains still come through this magnificent white station regularly, though it’s referred to as the “old” station since intercity trains started using the newer KL Sentral station in 2001.

Grand Central Terminal, New York, USA
This Beaux-Arts terminal, constructed at the beginning of the 20th century, is full of dazzling architectural details. The 42nd Street façade’s giant Tiffany clock, the main concourse’s iconic information booth with its four-faced clock, and the domed gold-and-cerulean-blue ceiling painted with astronomical signs and studded with fiber-optic stars are justly famous around the world. 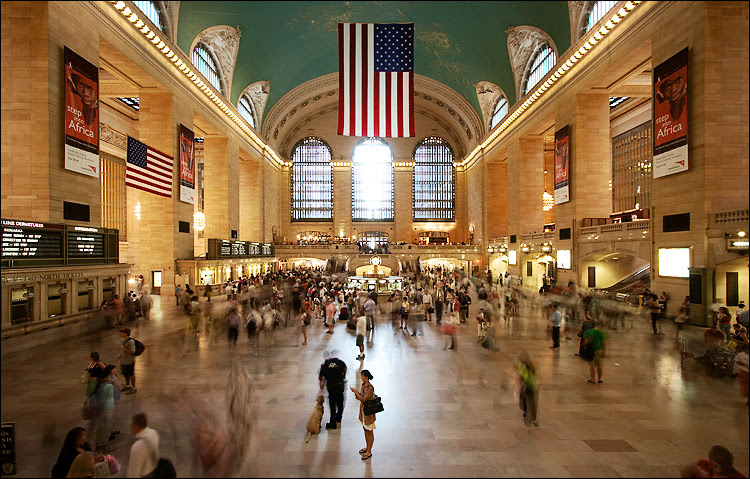