January 26, 2013
At the very beginning, five cities applied to become the host city of 2020 Summer Olympics with Rome withdrew its bid due to financial constraint. Yeaa, we know very well that some European countries are facing with financial problem; and Italy is one of them.

Of all the five cities that sent their bids to host the largest sporting event in the world, only three cities were selected. And that's what I'm going to share this time; the best applicant cities which have been chosen as the candidate cities by the IOC Executive Board.

Firstly, I'm going to list the applicant cities which are failed to become the candidates cities.

Alright. Here we go, the candidate hosting cities for the 2020 Summer Olympics.

Tokyo was selected by the Japanese Olympic Committee on 16 July 2011, and was confirmed as Japan's bidding city for the 2020 Games. The city is going forward with its bid following the March 2011 earthquake and tsunami which affected much of north-eastern Japan.
Tokyo hosted the 1964 Summer Olympics. Japan has also hosted the Winter Olympics twice; the 1972 and 1998 Winter Olympics were organized in Sapporo and Nagano respectively. Japan previously co-hosted the 2002 FIFA World Cup with South Korea; the final was held in Yokohama, near Tokyo. Japan will host the 2019 Rugby World Cup and two of the venues for the event are located in the Greater Tokyo Area.

Madrid was nominated by the Spanish Olympic Committee executive committee on 1 June 2011. Madrid's 2020 bid is their third consecutive bid. Spain previously hosted the 1992 Summer Olympics at Barcelona. Spain hosted the 1982 FIFA World Cup and the final was held in Madrid.


Frankly speaking, it's quite surprising because both of the non-selected cities and countries have never hosted Summer Olympics before. The priority should be given to both of those cities as compared to Tokyo and Madrid (Spain has hosted before) which already hosted this particular multi-sports event. For Baku, I think it's still acceptable because the city is lack of experience. But, how about Doha, Qatar?!

Doha hosted a lot of international sporting events before including Asian Games 2006 and Qatar is going to host FIFA World Cup in 2022. I'm not really sure regarding corruption scandal during the selection of Doha as the host of Asian Games and Fifa World Cup. But still, they have quite some useful experience.

Since Istanbul is the only candidate city that has never hosted Olympic Games, so I think Istanbul is the favorite city to win the bid. Besides, Istanbul also hosted a lot of world class sporting events same like Doha and there are a lot of high-quality venues in Istanbul.

The voting process will be held during the 125th IOC Session in Buenos Aires, Argentina on 7th September 2013.

And please don't forget that after London 2012, the next Olympic Games is in Rio de Janeiro, Brazil!

Summer Olympics 2020 will be held in Tokyo, Japan after the city beating Istanbul in the final round of voting process during 125th IOC Session.

This is the second time after 1964 for the capital city of Japan to host the largest multi-sports event. Japan is the fifth city in the world and the first in Asia to host the Summer Olympic twice.

After 2008 Olympic Games in Beijing we will gather again in 2020 after 2012 Summer Olympics in London and 2016 in Rio de Janeiro. Hope, I can make it to be with the Olympians in Tokyo five years from now! 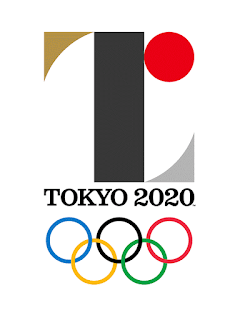