Japan Is A Good Example No Matter What

February 23, 2013
If we look at the current statistics, most of it show how amazing South Korea is... Some people stated that now South Korea is much better than Japan in terms of Economy and also Technology... You can see how Samsung, Kia, and Hyundai are becoming more significant to the society compared to Sony, Sharp, Toyoto, Honda, or even Nissan...

But, all that will never stop me from labelling Japan as the most advanced country in Asia... Yes, it is undeniable that South Korea's economy is growing while Japan's economy is stalling... However, I believe that Japan will recover very soon and try to invent more products and technologies in the future...

To the Koreans or Korean wannabes, no hard feelings kay...? I'm telling the truth actually... Even though, Japan is weakening in terms of economy, technology, popularity, investment, etc. but South Korea is still chasing behind Japan... For me, Japan is now like a boy who stops running away from his friend(Korea) to catch his breath and he will continue running away after he recovered from the fatigue and leaves Korea far behind again...

Some Amazing Facts about Japan

1 - Did you know that Japanese children clean their schools every day for a quarter of an hour with teachers, which led to the emergence of a Japanese generation who is modest and keen on cleanliness.

2 - Did you know that any Japanese citizen who has a dog must carry bag and special bags to pick up dog droppings. Hygiene and their eagerness to address cleanliness is part of Japanese ethics.

3 - Did you know that hygiene worker in Japan is called "health engineer" and can command salary of USD 5000 to 8000 per month, and a cleaner is subjected to written and oral tests!!

4 - Did you know that Japan does not have any natural resources, and they are exposed to hundreds of earthquakes a year but do not prevent her from becoming the second largest economy in the world? -

5 - Did you know that Hiroshima returned to what it was economically vibrant before the fall of the atomic bomb in just ten years?

6 - Did you know that Japan prevents the use of mobile in trains, restaurants and indoor

8 - Did you know that the Japanese even though one of the richest people in the world but they do not have servants. The parents are responsible for the house and children -

9 - Did you know that there is no examination from the first to the third primary level; because the goal of education is to instill concepts and character building, not just examination and indoctrination. -

10 - Did you know that if you go to a buffet restaurant in Japan you will notice people only eat as much as they need without any waste. No wasteful food.

11 - Did you know that the rate of delayed trains in Japan is about 7 seconds per year!! They appreciate the value of time, very punctual to minutes and seconds

12 -. Did you know that children in schools brush their teeth (sterile) and clean their teeth after a meal at school; They maintain their health from an early age -

13 - Did you know that students take half an hour to finish their meals to ensure right digestion When asked about this concern, they said: These students are the future of Japan. 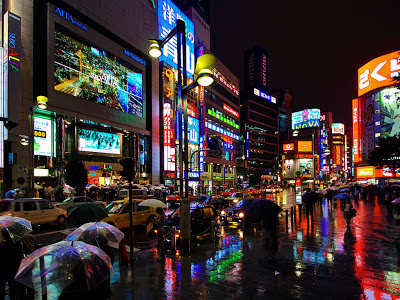