Muslim Scholars. This is unbelievable! (Part 1)

April 02, 2016
ISIS, Al-Qaeda, Hezbollah, etc. are all lead to Islamophobia among the western people. Muslims are being discriminated in the western countries due to the act of terror by some extremist groups. Some said, the so-called terrorist groups are false flags created by the western superpower itself. But, I don't want to come up with any speculation in my blog.

I just want to focus on jihad in the field of knowledge instead of warfare that  inis happening in some Muslim countries. Yup, it's true that we should protect our religion and our country but sometimes killing the innocent civilians will just make us even weaker. We need those innocent civilians to show the world what Islam is capable of instead of killing them like in some of the Middle Eastern countries due to political crisis. In addition to that, having strong fundamental element in our life which is education enables us to protect our religion and country.

Previous semester, I took a subject called Islam, Knowledge, and Civilization since it is a university required course in IIUM. We have to study and memorize the background of Muslim scholars like Al-Khawarizmi, Al-Biruni, Al-Kindi, etc.. Unfortunately, non of the questions were asking about the biography and contributions of those scholars. Since, I memorized five scholars prior to the final exam I think I should share it somewhere else since I didn't have the chance to write about them on my answer sheets. Haha.

His full name was Abu Abdallah Muhammad ibn Musa Al-Khawarizmi and he lived from 780 - 850 Common Era (CE). He was born in Khwarizm south of the Aral Sea.

Al-Khawrizmi was quite well-know among mathematician since he founded several branches and basic concepts of mathematics such as Algebra and Algorithm/Arithmetic. Imagine without algorithm we will not have our pc or smartphone that we are looking at right now. His work on algebra was also outstanding since he not only initiated the subject in systematic form but he also developed it to the extent of giving analytical solutions of linear and quadratic equations. His book the "Algebra" was translated into Latin in the twelfth century and Mathematicians used it all over the world until the sixteenth century.

In 1830 CE, Al-Khawarizmi produced the first map of the known world and his geography book entitled "The Face of the Earth" together with its maps was translated into latin. Besides, he also worked on measuring the volume and circumference of the earth. Al-Khwarizmi also contributed in the field of geometry such as astronomical and trigonometric tables. They were the first Muslim tables and contained not only the sine function but also the tangent. He perfected the geometiric representation of conic section and developed the calculus of two errors, which practically led him to the concept of differentiation. Yes! calculus! 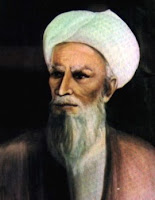 Abu Bakr Muhammad b. Zakariyya (Rhazes) was from Rayy, Iran. He was a physician, philosopher, and alchemict. He was first in-charged of the first Royal Hospital at Rayy and he moved to a similar position in Baghdad where he remained the head of its famous Muqtadari Hospital for a long time.

In his book, Kital al-Judari wa al-Hasabar, he drew clear comparisons between smallpox and chicken pox. The book was the first book on smallpox and was translated over dozen times into Latin and other European languages. Besides that, he also wrote Al-Hawi, the largest medical encyclopedia composed by then. The encyclopedia contained each medical subject and all important information that was available from Greek and Muslim sources.

His medical system was special since he greatly favored cure through correct and regulated food. This was combined with his emphasis on the influence of psychological factors on health. Meanwhile, his medical research was highly methodical. Among the characteristics of his medical methods were total reliance on clinical observation, evaluate effects and side effects of a medicine by testing it on animals, and the first expert surgeon to use opium as anesthesia.