Muslim Scholars. This is unbelievable! (Part 2)

February 09, 2018
I'm back active again on my blog finishing all the drafts that have been left abandoned for quite some time now.
My aim this time is to continue my previous post about the Muslim Scholars back then who did a lot of breakthroughs, especially in Science and Mathematics.

For this entry, I am going to share another three scholars who made a lot of contributions in Science and Mathematics. Their contributions led to what we have and studying today. They contributed a lot to Islam and the whole mankind. This is what we seek for in the Muslim World instead of fighting over power that later becomes an excuse for the Western superpowers like USA and Russia to interfere with our national sovereignty.

Below are the three scholars:- 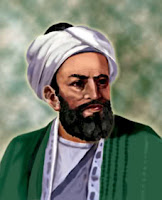 His full name was Muhammad Ibn Ahmad Abul-Rayham Al-Biruni. He was born in Haran, Syria in 973AD. His productions exceeded 146 titles in more than 20 different disciplines ranging from astronomy to mathematics, mathematical geography, religion, and philosophy. However, a large portion of his works were mathematical-related disciplines which consist of 96 titles. Out of all works that Al-Biruni worked on, only 22 works survived and only 13 works have been published.

Two books of Al-Biruni that can be highlighted here which are Al-Qanun al-Mas'udi (astronomical encyclopedia) and Tahdid (the demarcation of coordinates of cities).

Al-Qanun al-Mas'udi is the most extensive astronomical encyclopedia with almost 1500 pages. In the encyclopedia, Al-Biruni determined the motion of the solar apogee (the point in the orbit of the sun in space when it is furthest from the earth). He also made the correction on Ptolemy's findings in the encyclopedia. 600 years before Galileo, Al-Biruni already discussed the theory of the earth rotating about its own axis. Last but not least, by using the astrolabe and the presence of mountain near a sea or flat plain, he calculated the earth circumference by solving a highly complex geodesic equation.

Tahdid, on the other hand, was written to determine the Qibla. In this book, he determined the local meridian (one of the lines that are drawn from the North Pole to the South Pole) and the coordinates of any locality. Besides that, he enabled the direction of the Qibla to be determined from anywhere around the world with the help of Mathematics. 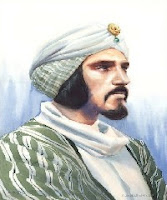 Al-Kindi or Abu Yusuf Ya'qub ibn Ishaq was born in 801 in Kufah, Iraq. Al-Kindi was a well-known philosopher, but he was also a physician, pharmacist, and he has some contributions to physics, mathematics, geography, astronomy, and chemistry. He learned Greek and Syriac languages and at the same time proficient in the arts of the Greeks, Persians, and Hindus. He was appointed as a researcher and translator in the Bayt al-Hikmah (House of Wisdom), Baghdad by al-Ma'mum (813-833).

He was among the earliest Muslim scholars involved in translating and commenting on Greek philosophical manuscripts. Among his works are Risalah fi Hudud al-Ahsya' wa Rusumiha (On the Definitions of Things and their Descriptions), Rasa'il al-Kindi al-falsafiyya (Philosophical Treatises of al-Kindi), and Fi al-falsafa al-ula (On First Philosophy). Al Kindi's works on philosophy were greatly influenced by the work of Aristotle. However, he tried to put the Greek's ideas in a new context and to lay down the foundations of the new philosophy. One of it is the development of a logic and systematic explanations for some of the debated theological issues of his time such as creation, immortality, prophecy, and God's knowledge.

In math, Al-Kindi contributed 11 works on arithmetic and numerous contributions to the Arabic numeric system. Meanwhile, in Medical, he produced 22 publications on medical topics. One of the most prominent contributions was to determine and apply a correct dosage of medicine by forming the bases medical formulary. 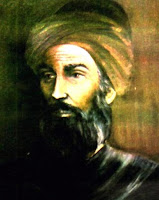 Abu-Qasim Khalaf ibn Abbas was born in al-Zahra near Cordoba in 936 AD and passed away in 1013 AD. He was a prominent figure in the medical field and was labelled as the greatest surgeon during his time. He published an encyclopedia of surgery which was a standard reference work on the subject in all universities of Europe for over five hundred years.

Al-Zahrawi classified 325 diseases and discussed their symptomatology and treatment in discourse 1 and 2 of his encyclopedia. In Volume 28, he wrote on pharmacy and the most famous one was Volume 30 on surgery. With 300 pages of Volume 30, he developed all aspects of surgery and various branches such as ophthalmology, ent, head and neck, general surgery, obstetrics, gynecology, military medicine, urology, and orthopedic surgery.

Interestingly, almost all European authors from 12th to the 16th centuries referred to Al-Zahrawi's surgery and followed his styles.